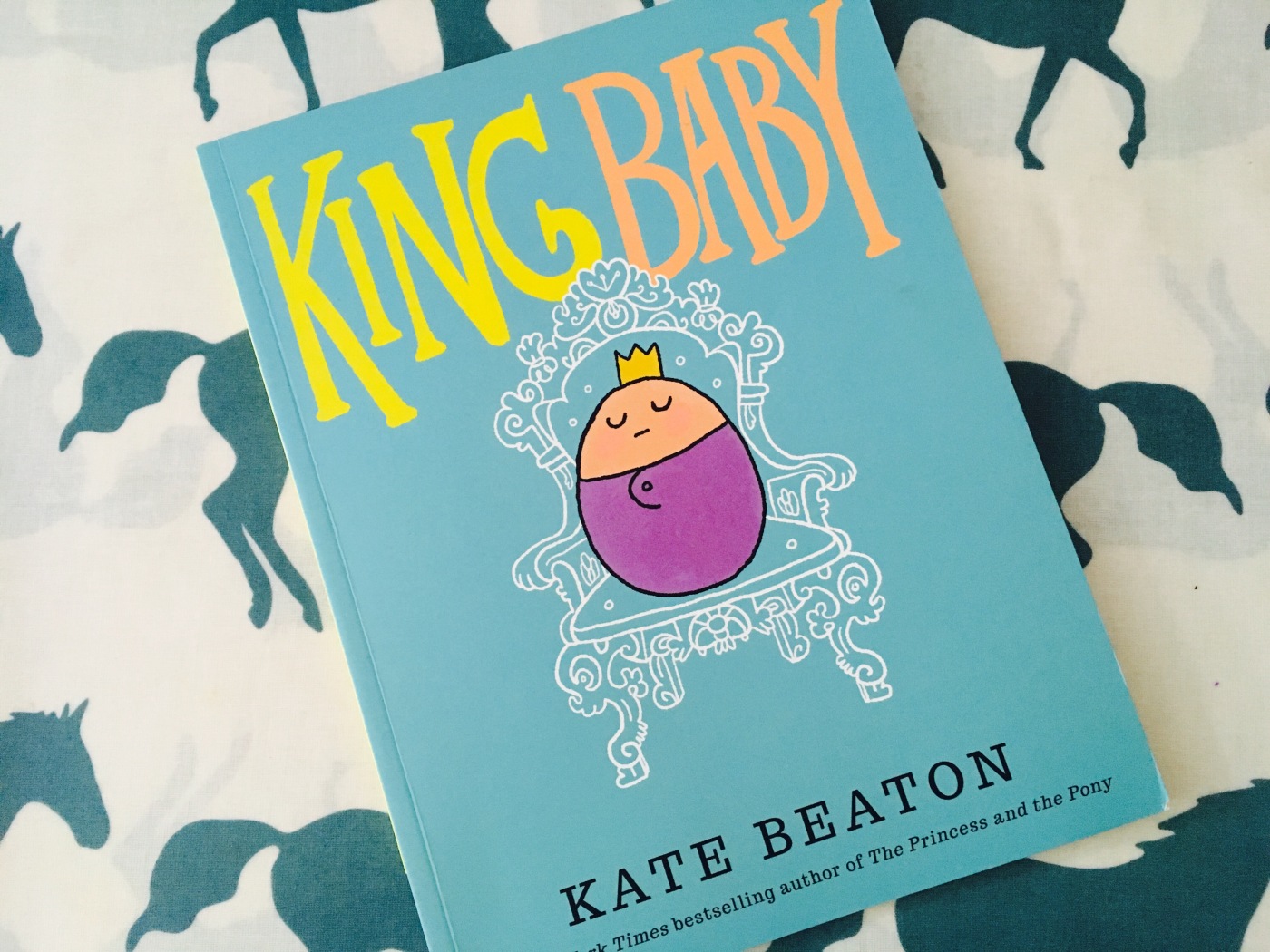 We were given some wonderful children’s books when Baby Bookworm was born but, as with clothes, it’s nice to pick out a few that are just your taste too.

This was the first one I bought for him.

I came across it by chance, as I took shelter from the rain with the buggy in Bookseller Crow on the Hill in Crystal Palace, the epitome of what a good independent bookshop should be.

The premise made me chuckle – the long-awaited ‘king’ is born and his exhausted but devoted ‘servants’ run around, fetching toys, feeding him, worshipping him and tending to his every whim.

(If you like Family Guy, you’ll see a little bit of evil genius Stewie in this character.) 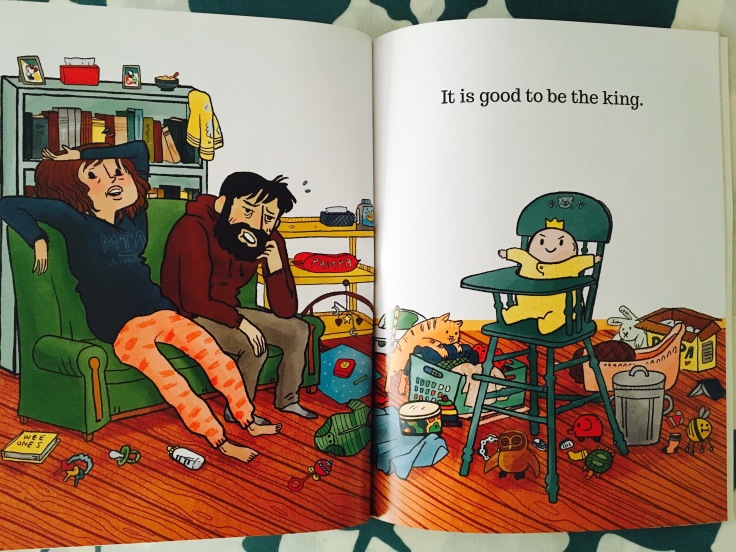 “It is good to be the king” he observes contentedly. That is, until the mini despot becomes frustrated at his subjects’ failings and vows to do things himself.

As a sleep deprived new parent, it struck a chord. Not least because Baby Bookworm has quite the resemblance to King Henry VIII…

Told in King Baby’s voice, the writing is witty and made for amusing voices. And like the best children’s films, it has plenty for adults to enjoy as well as their tiny rulers. 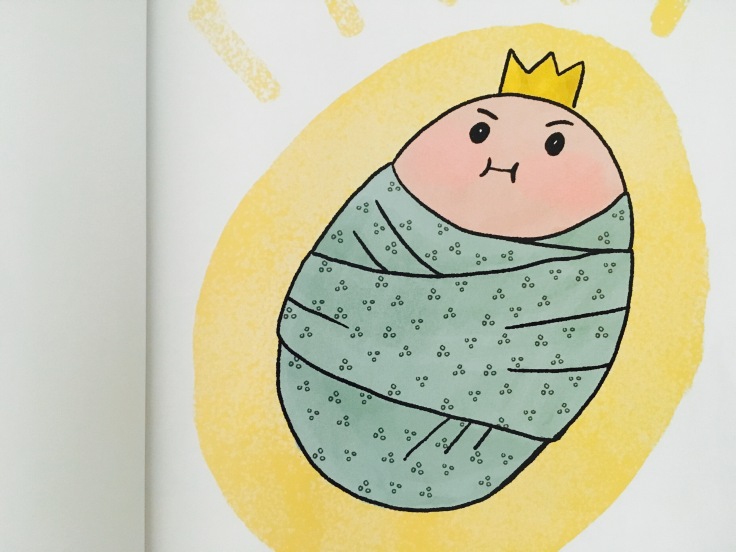 Thankfully he’s over it now and King Baby is back to being a firm favourite.

5 thoughts on “What we’re reading: King Baby by Kate Beaton”