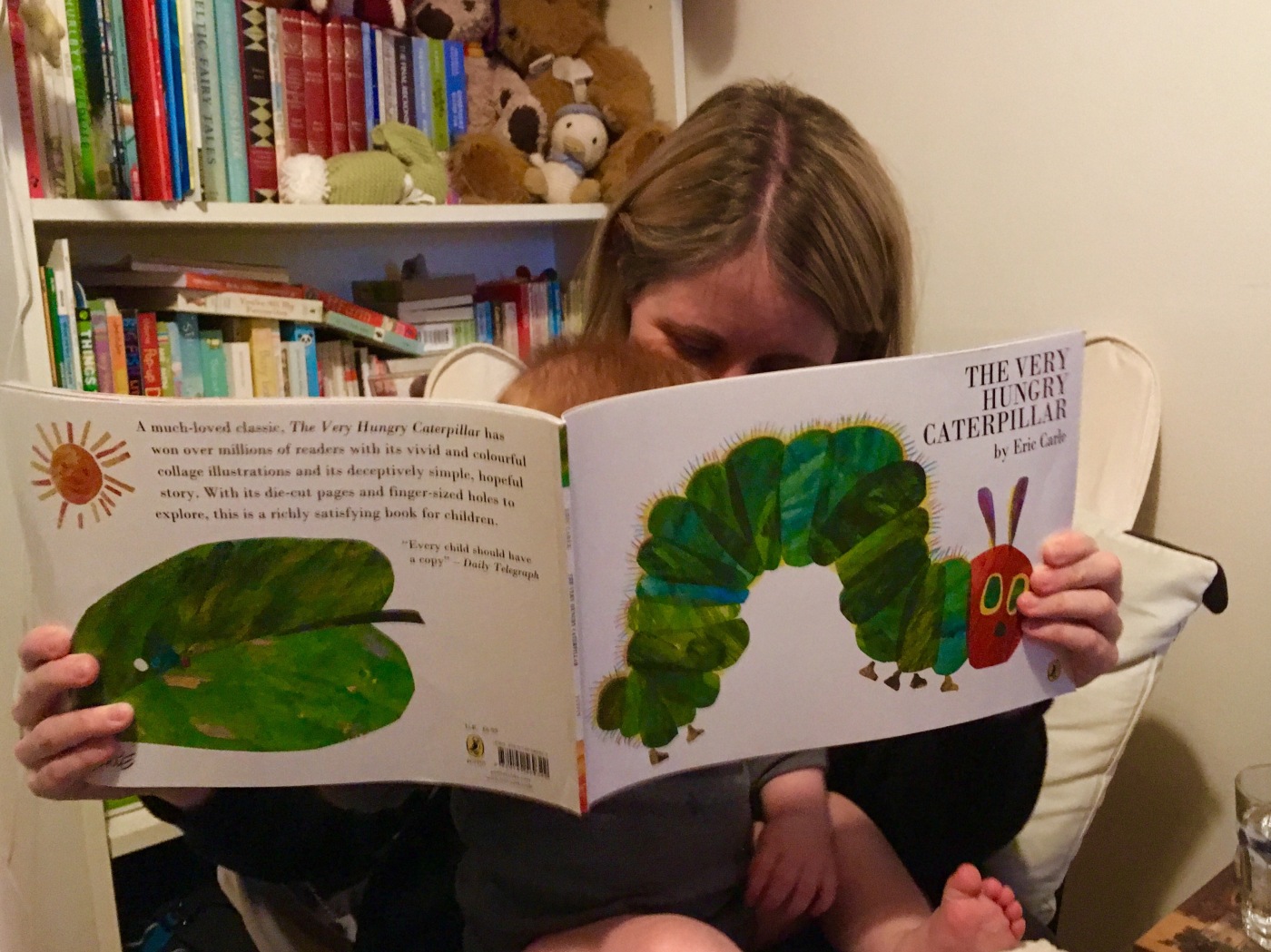 In our house, we like to go with the flow when it comes to parenting.

Gina Ford is not a name you will find on our bookshelf. Instead, Baby Bookworm has fallen into a vague pattern of eating, sleeping, pooing, sulking and playing that has evolved pretty naturally.

But one thing we do every day, without fail, is the three Bs – book, bath and bed.

We started using this simple bedtime routine when he was about three months old. While at that stage he slept fairly well for a newborn (a nice five to six hour stretch most nights – this did not last…), it would take until almost 1am to get him properly asleep in his cot.

It was emotionally and physically draining all round.

Desperate to try and reclaim a little of our evening and our energy, we started taking him into the bedroom to read a book before his bath, then give him quick feed before he went to sleep.

At first it felt like a waste of time. He screamed and wriggled through my attempts at That’s Not My Lamb. Anything longer was out of the question.

But, gradually, he got it. And the bedtime war was won a little earlier each night.

By the time he moved into his own room at six months, Baby Bookworm genuinely enjoyed that time around 6.45pm when the blinds closed, the lights dimmed and he could sit on our knee for a story.
Now, the change in his mood is noticeable – most evenings he goes from grizzly and short-tempered to chilled out and engaged.

Afterwards, he happily splashes in his bath, the tears only coming as we wrestle him into a sleepsuit. He does not like getting dressed.

Last week, the children’s reading charity Booktrust launched its Bath, Book, Bed campaign for a second year. It educates parents about the benefits for sleep (theirs and yours) if you follow this easy routine with children of three years and younger.

It turns out that children not following this pre-bedtime ritual are less relaxed, more likely to wake and also feed more frequently during the night.

From our experience, it is not only a sanity saver but also the loveliest way to end the day, for the whole family. Not to mention instilling a love of books from a young age.
If you need a bit of inspiration for your own bedtime routine, Booktrust has compiled its top ten bedtime reads, although with a sleep theme:

Get more tips on the Bath Book Bed routine at bathbookbed.org.uk

6 thoughts on “In praise of bedtime routines ”