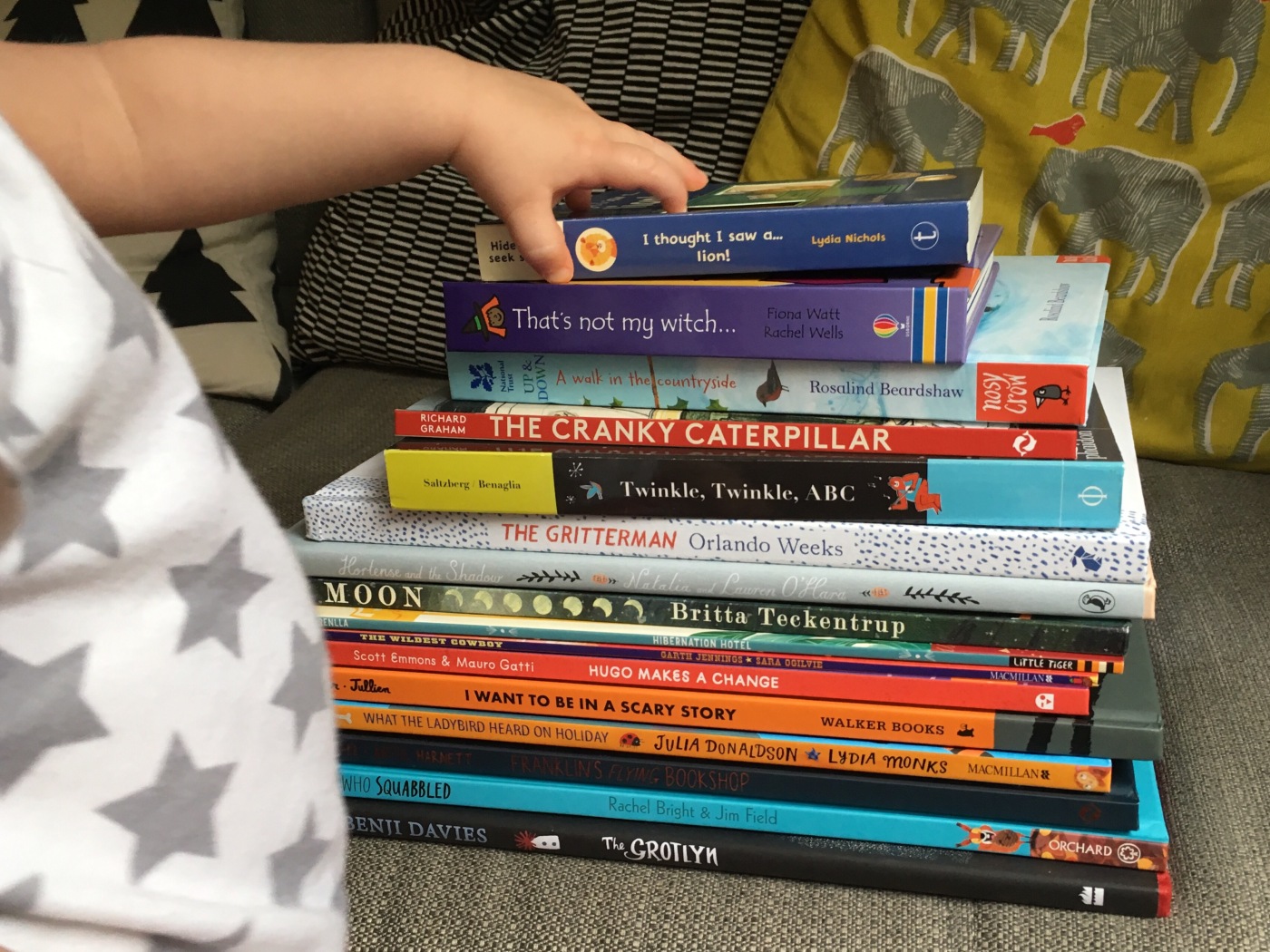 It’s the start of a new school year, which means new shoes, a new bag and a new pencil case.

What about a new bedtime read too?

If you are sick of the usual suspects, there are stacks of enticing new children’s books out this week, and the following ones, to suit everyone.

Here are 20 that we are most looking forward to reading…

Beautiful illustrated in a Victoriana style, you can practically see the mists of mystery swirling over the pages of this atmospheric and suspenseful tale about things that go bump in the night. Sure to be another bestseller for the superstar author-illustrator of The Storm Whale.

Watch the trailer for The Grotlyn

2. The Hundred And One Dalmatians by Dodie Smith, adapted by Peter Bently and illustrated by Steven Lenton. £6.99 (paperback), Egmont

The children’s classic turned Disney film gets the picture book treatment for the first time. This beautiful new version about Missis and Pongo’s fight to save their pups from the clutches of Cruella de Vil is sure to win the 61-year-old story a new generation of fans.

The dream team behind Oi Frog! and Oi Dog! reunite for a third installment of tongue-twisting, super silly seating scenarios. We thought nothing could top the wit and wordplay of cheetahs sitting on fajitas in the last book, but this new story has a pony sitting on macaroni, no less.

Watch the trailer for Oi Cat! 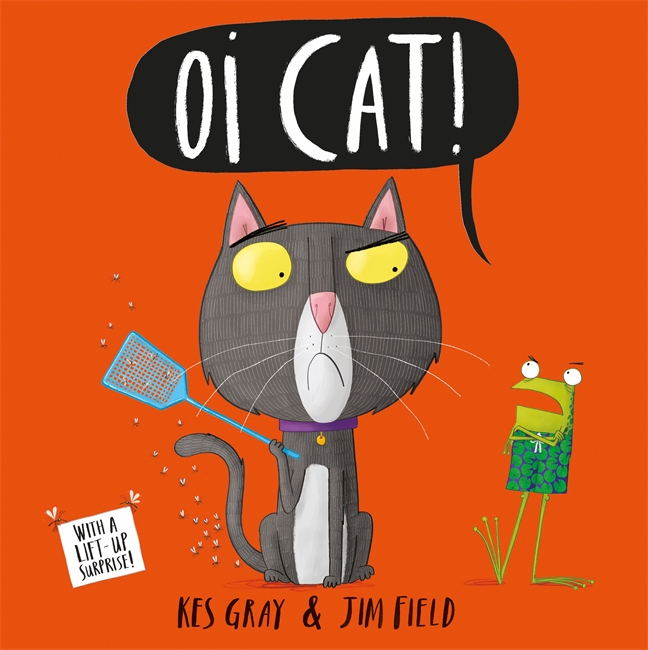 This stunning debut from the O’Hara sisters draws on classic fairy stories and fables, along with their Eastern European heritage. It’s both classic and contemporary all at once – a picture book to treasure and a duo to watch.

Read what Natalia and Lauren had to say about their inspirations 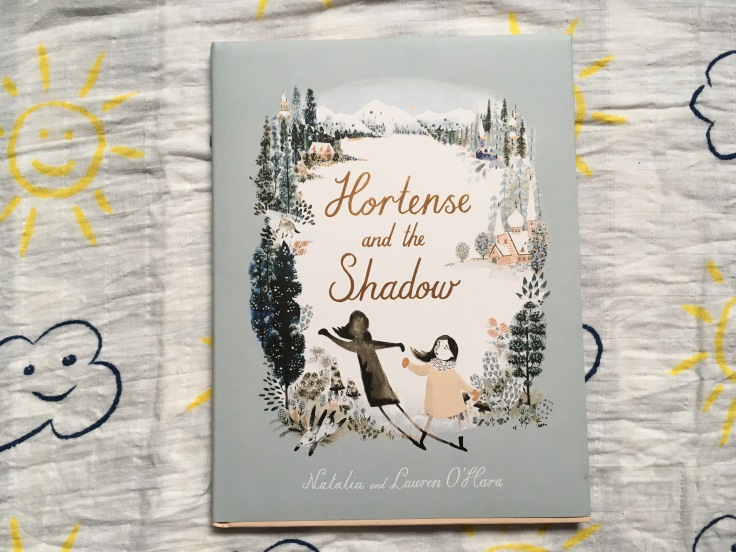 Their last collaboration picked up the Evening Standard Oscar’s Book Prize 2017. And the latest tale by this dynamic duo has the same laugh-out loud moments and feelgood message, as two polar opposite squirrels do battle over the last nut of the season.

Hugo is stuck in a mealtime rut (know the feeling, mums and dads?!) so does something no other vampire has tried before – going veggie! The result is a book of bold, eye-catching artwork and lovely rhyming text. It might inspire your child to try their greens too.

Franklin the dragon loves stories and reading them to people, but everyone is too scared to listen… until he meets bookworm Luna. The result is a 21st century fairytale that is sweet, inspiring and beautifully illustrated. 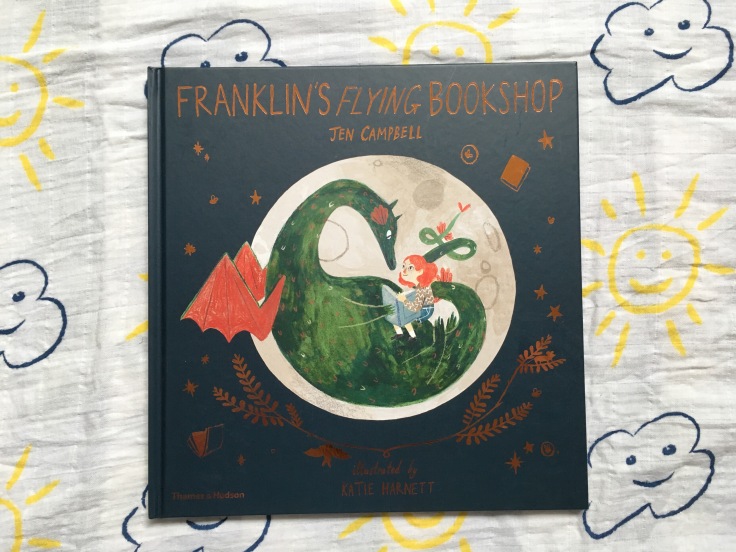 You’ve sung them countless times but probably never thought about how Twinkle, Twinkle, Little Star and ABC share the same tune. This book mashes the two together with lively new lyrics, vivid colours and stylised typography. 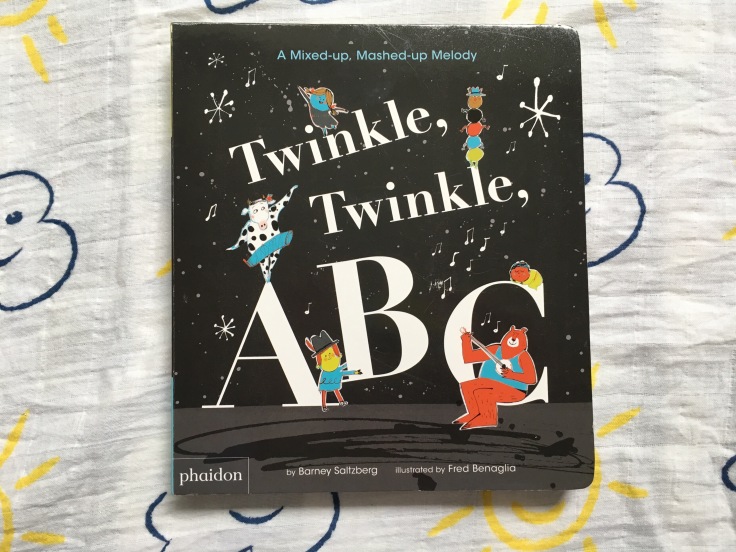 It’s the classic Halloween dilemma. You want to hear a scary story but not TOO scary, okay? This is the problem Little Monster faces as he battles with the narrator in this smart and playful book, with in-your-face artwork by hot French graphic designer Jean Jullien. 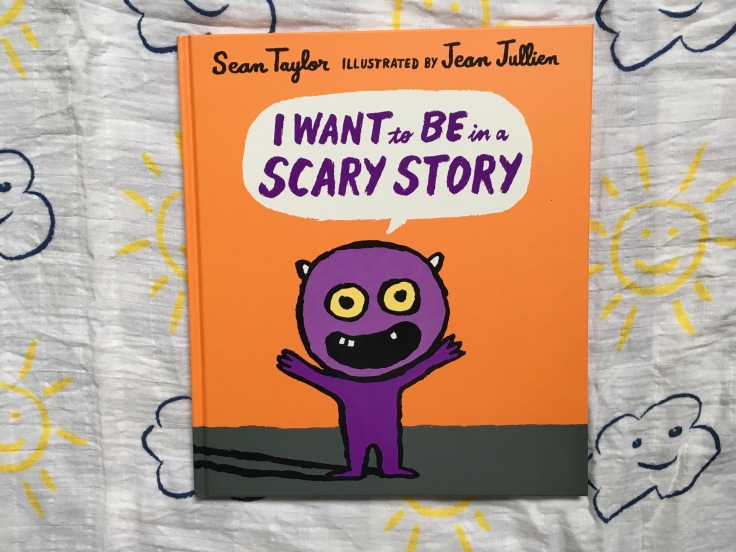 The legendary children’s writer has penned and illustrated her first novel in 37 years, about a man who takes a home an abandoned seal pup. Aimed at slightly older readers, it will appeal to parents as much as children. There’s an audiobook read by Bill Nighy too.

Everything they touch turns to gold and this newest offering from Gruffalo creators Julia and Axel looks to be no different – a joyful and funny celebration of the savannah’s ugliest animals, that teaches how we all deserve love, no matter how we look.

Read our review of The Gruffalo Trail at Mountain View Ranch 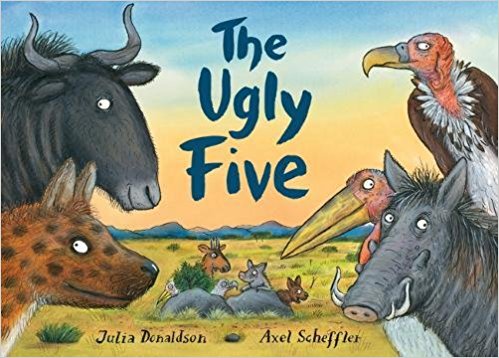 A heartwarming and hilarious tale about a hibernating bear going to extreme lengths to just get a bit of shut-eye, a scenario that might strike a chord with a few parents… Looks stylish and reads wonderfully. 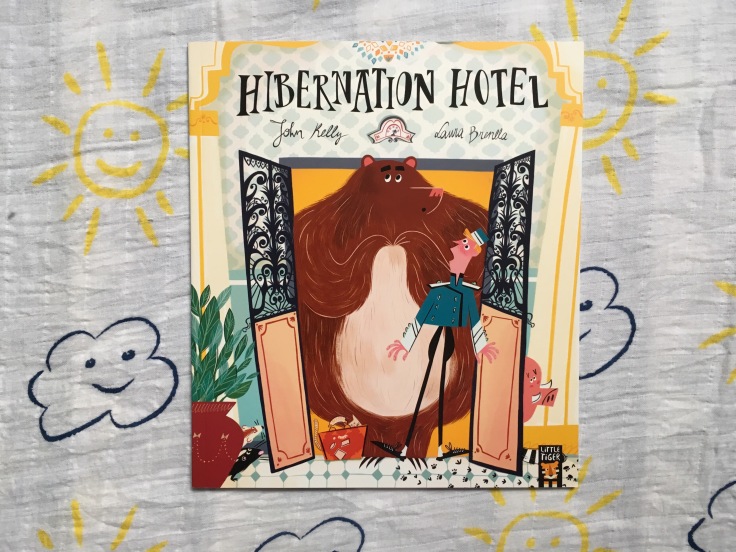 Enjoy a game of hide-and-seek with this smart slider book as you attempt to find a cheeky lion lurking in the bookshop, hairdressers and fancy dress shop. A witty interactive read by the Google Doodle illustrator. There’s also a dinosaur version.

The beloved brother-sister duo are back in this much-anticipated sixth original story by the new Waterstones Children’s Laureate. As the siblings mull over the right sort of dog to get, it soon becomes clear that quirky Lola’s dream breed is, in fact, a rabbit…

The former frontman of indie band The Maccabees has created a touching tale about an ice cream man who only feels happy in winter when he turns to gritting roads. Reminiscent of Raymond Briggs, thanks to its gentle illustrations and melancholic edge. An accompanying album will also be released simultaneously. 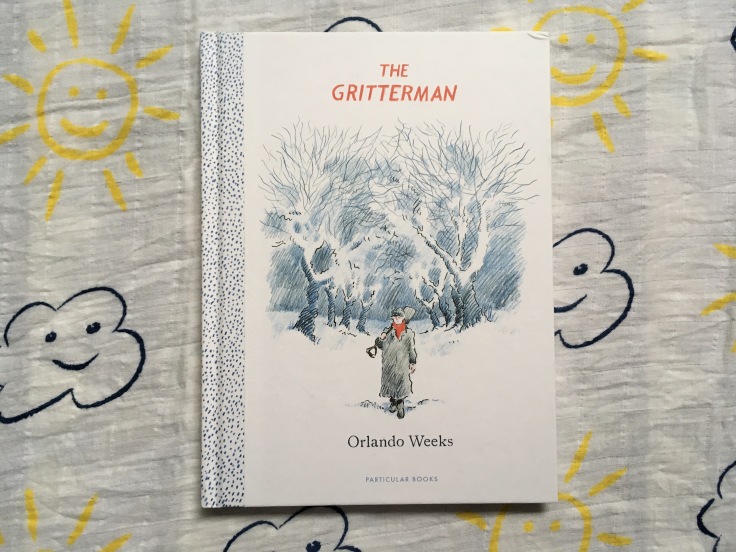 A visual feast await in this atmospheric die-cut picture book by the award-winning illustrator. Peek through the waxing and waning moon as it watches over the night-time life of the world’s wonderful creatures.

Every family will have one of these much-loved textured baby books and this new spooky installment is destined to be a favourite. Ideal for Halloween.

Read about our 10 best books of baby’s first year

Salesmen Bingo B Brown is the charismatic star of this raucous Western by acclaimed music video and film director Garth Jennings, whose latest movie Sing was nominated for a Golden Globe. 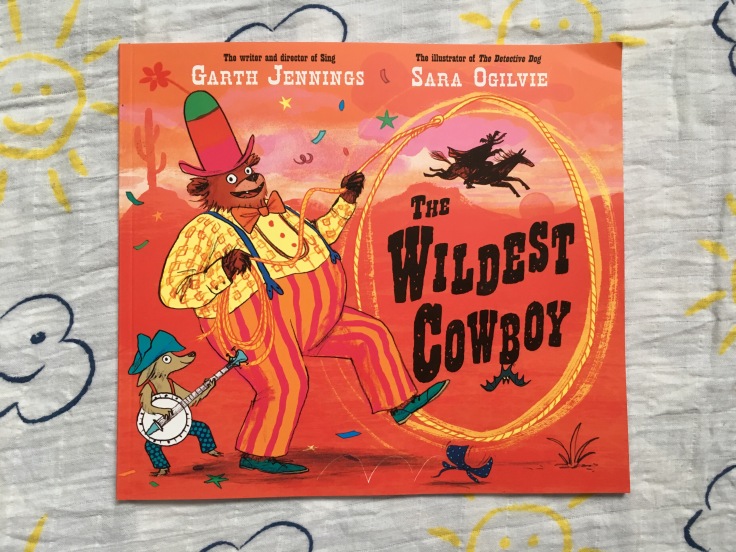 This fourth title in this lovely National Trust range of concept books takes you on a winter walk as the characters explore opposites. The three previously titles look at the alphabet, colours and numbers, with each one set in a different season. 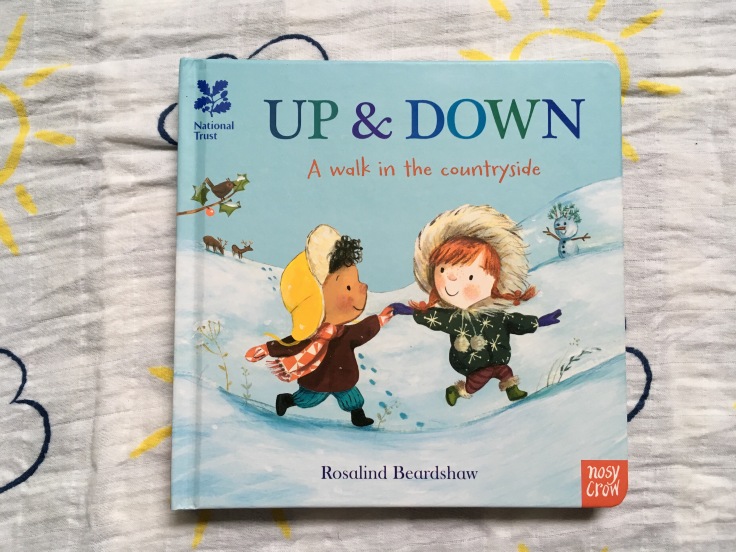 There’s an ethereal quality to this story about a piano that’s part caterpillar and the attempts by a little girl called Ezra to cheer him up. The artwork was apparently inspired by the condition colour synesthesia, where people perceive sounds as colours. 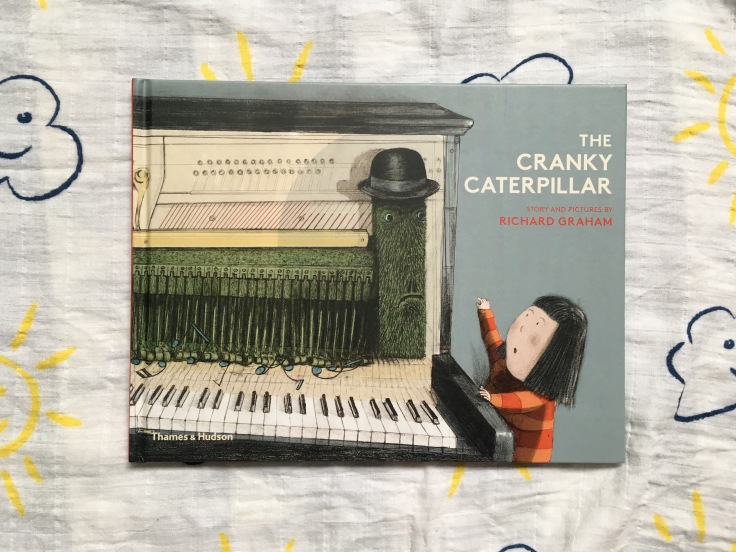