There’s a magic about snow that makes it such a memorable part of childhood.

It turns the whole world into a giant white playground and suspends real life for a few hours as even parents down tools to have fun.

While much of the country has enjoyed a winter wonderland already this season, Baby Bookworm and I have always been in the wrong place at the wrong time – and he’s yet to experience snow in real life.

So we’ll make do with these stories for now, all set against a snowy backdrop.

The animated version may be synonymous with Christmas (and one of the rare things that will make BB sit silent and still for 15 minutes), but the original picture book bares no trace of the festive season at all.

Instead this classic, wordless story is a celebration of childhood’s simple joys and everyday heartbreaks, as James and his snowman play while the rest of the world sleeps.

Inevitably, after a magical night of soaring through the skies, the pair have to part. The ending gets you every time but is a wonderful way to introduce children as young as two to the concept of loss and the value of happy memories. Available from Amazon

Pip-Pip is the smallest penguin in the South Pole but while he loves the ice and snow, he’s petrified of the sea.

He’d love to join in the fun with his family and friends, but what if he can’t swim or a monster tries to eat him? Can he overcome his fear and take a plunge into unknown waters?

With catchy rhyming text, an empowering ending and super sparkly cover, this is another bedtime hit from the Giraffes Can’t Dance dream team. Available from Amazon

This snow-covered follow-up to the award-winning story about a little boy called Noi is just as touching and beautifully illustrated as the original.

As winter descends and the sea turns to ice, Noi worries about the whale he saved last summer. But when his dad disappears and the brave child gets in trouble trying to find him, it’s time for the whale to save the boy. Another gorgeous read from Benji Davies. Available from Amazon 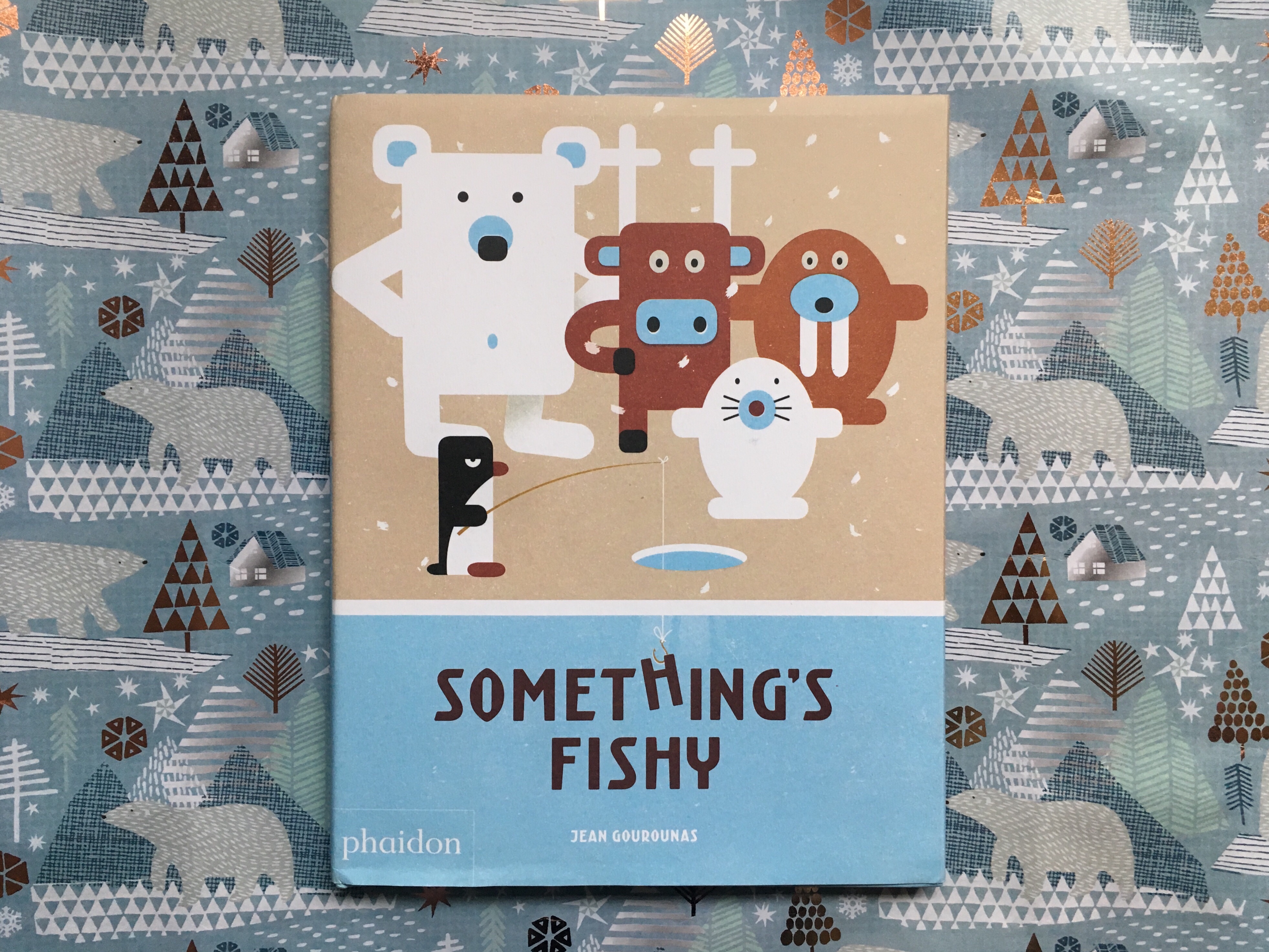 Penguin is doing spot of ice fishing but as she waits patiently for one to bite, she finds herself with an unwelcome and curious audience.

The grumpy angler struggles to keep her cool as the walrus, moose and eskimo puzzle over her lack of fish – especially when they discover the bait is an irresistible slice of cake. Something strange must be afoot…

This first English book by French author-illustrator Gourounas is both deliciously deadpan and coolly designed, with each page building up anticipation of a punchline that will make tiny readers chuckle. Available from Amazon

The first tale in the classic Percy the Park Keeper series is 30 years old now and the perfect introduction to this genial character. In this heartwarming story, Percy ends up sharing his hut with a full cast of animal characters as each one knocks on his door asking for help to escape the dark and cold.

The result is a comic bedtime with ducks in drawers and mice in slippers – but what is that mysterious noise under the floorboards? Available from Amazon 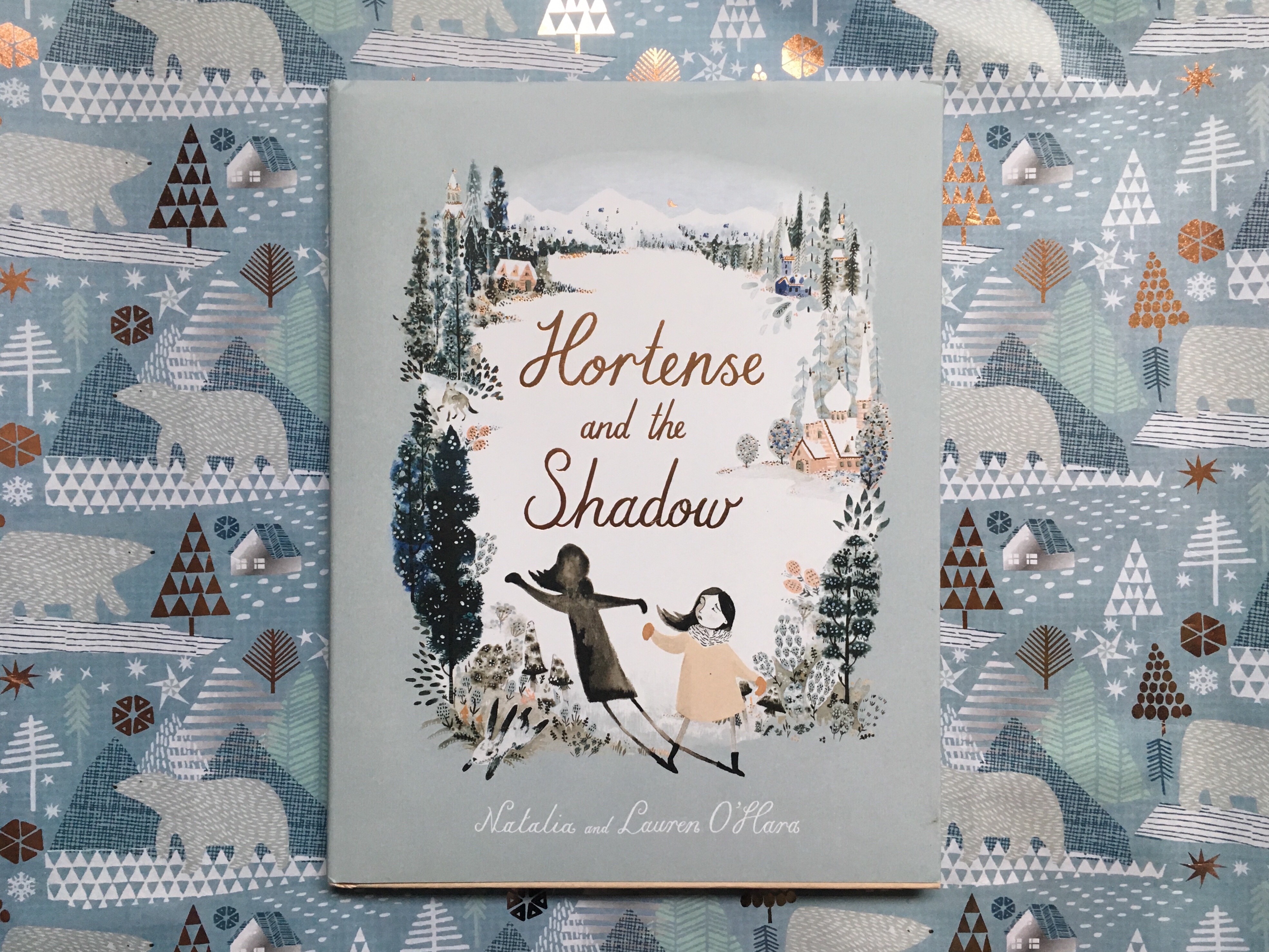 Hortense is a brave and spirited little girl who gets annoyed by the shadow that follows her every move. One day she escapes it and feels happy – until she stumbles across some bandits and realises her shadow is the very thing she needs…

This stunning debut from the O’Hara sisters draws on classic fairy stories and fables, along with their Eastern European heritage. It’s both classic and contemporary all at once – a duo to watch. Available from Amazon

Read what inspires the work of the O’Haras 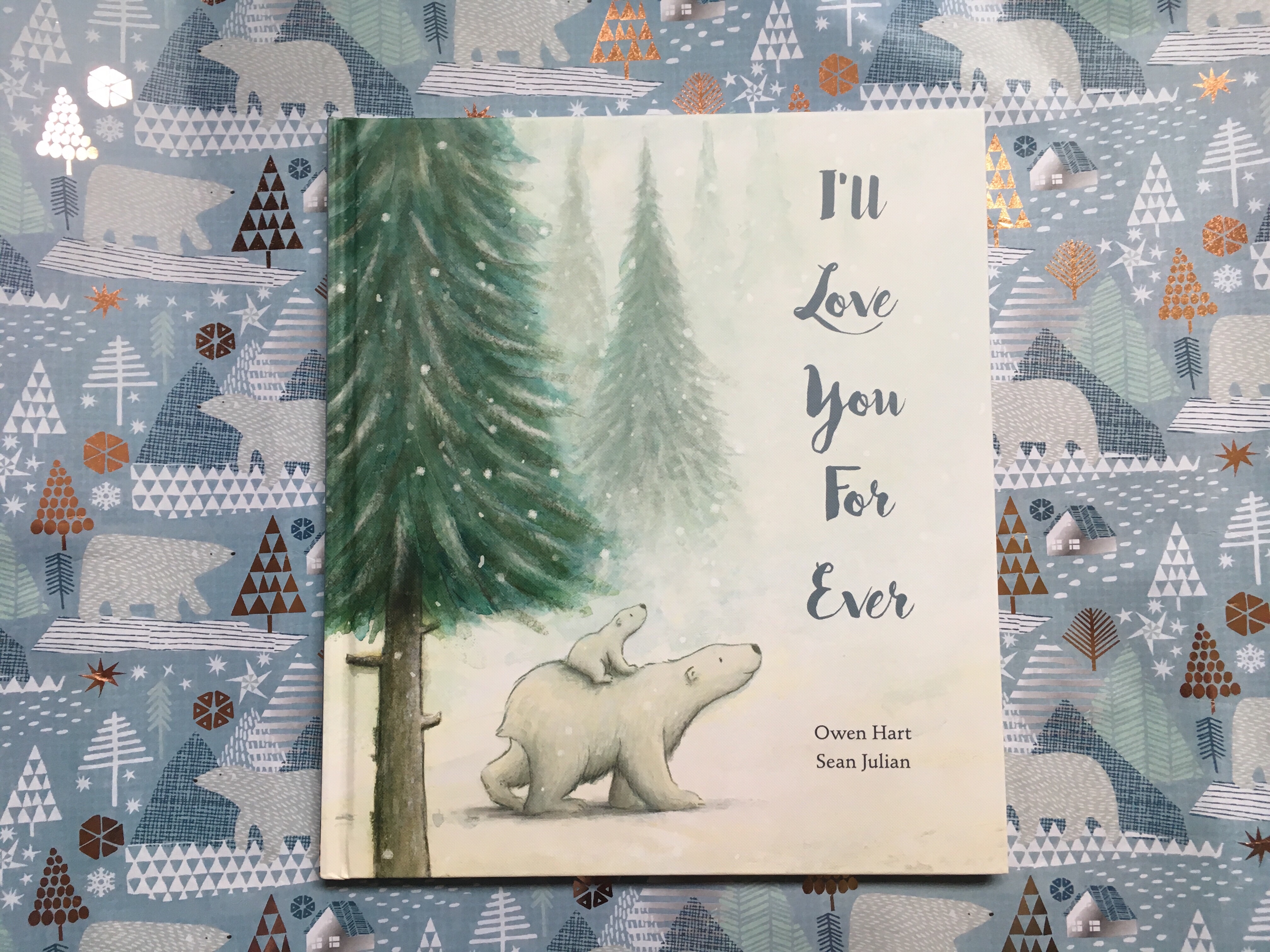 This sweet rhyming story about a parent’s eternal love for their child is like a bear hug in a book.

It takes you on a journey through the seasons with Polar Bear and her Cub as she explains to him how snow will melt and leaves will fall but she will always be at his side for guidance and a cuddle.

The soft illustrations are a real feast for the eyes too, from the pair swimming in the turquoise sea to padding through a golden wood. Available from Amazon 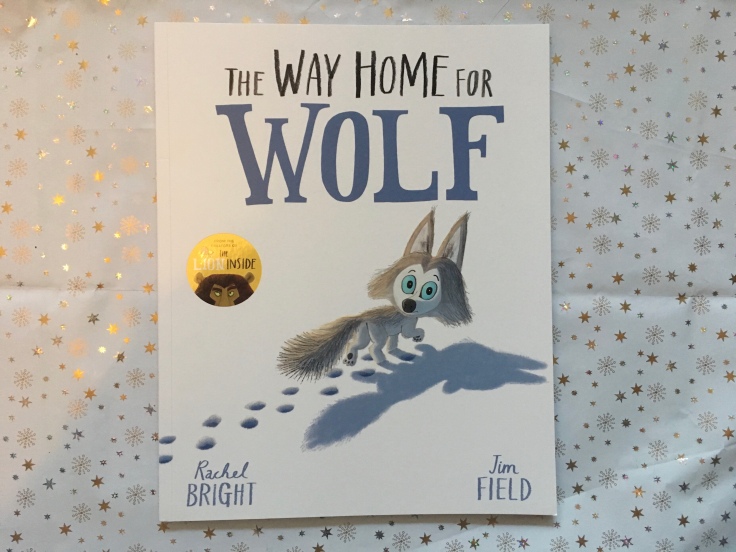 The dream team behind the award-winning The Lion Inside and The Koala Who Could team up for a fourth inspiring animal tale, this time set in the snowy Arctic – resulting in some truly atmospheric images.

Wolf cub Wilf is the star of the story, who discovers that even the most strong and independent individuals need the support of a friend when times get tough. As always, Rachel’s rhymes scan perfectly while Jim’s cinematic illustrations are especially epic. Available from Amazon

Bundle up in a warm coat and boots, and head out to explore the snow – and the world of opposites – with this National Trust first concepts book for babies and toddlers, one of a set of four based around the seasons.

Illustrator Rosalind Beardshaw brings the excitement of a winter walk in the countryside to life as you follow two friends sledging down hills, climbing trees and spotting native birds.

Naturally the idyllic expedition ends not with overtired, shivering toddlers sobbing but with everyone enjoying hot chocolate by a jolly snowman. We can dream… Available from Amazon 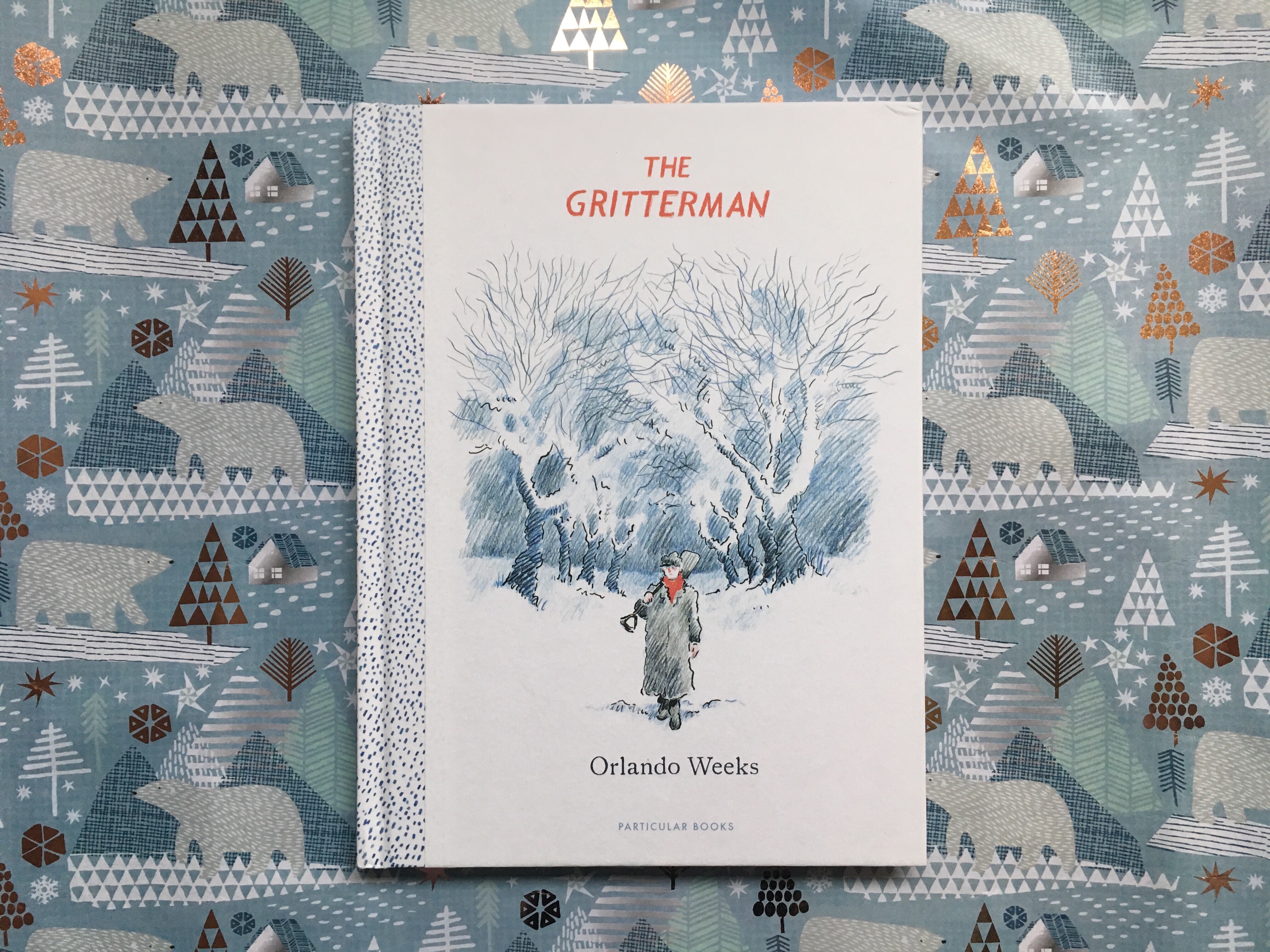 The former frontman of indie band The Maccabees has created a touching tale about an ice cream man who only feels happy in winter when he turns to gritting roads.

It’s reminiscent of Raymond Briggs, thanks to its gentle illustrations and melancholic edge, and an accompanying album was released simultaneously with its publication last autumn. Available from Amazon 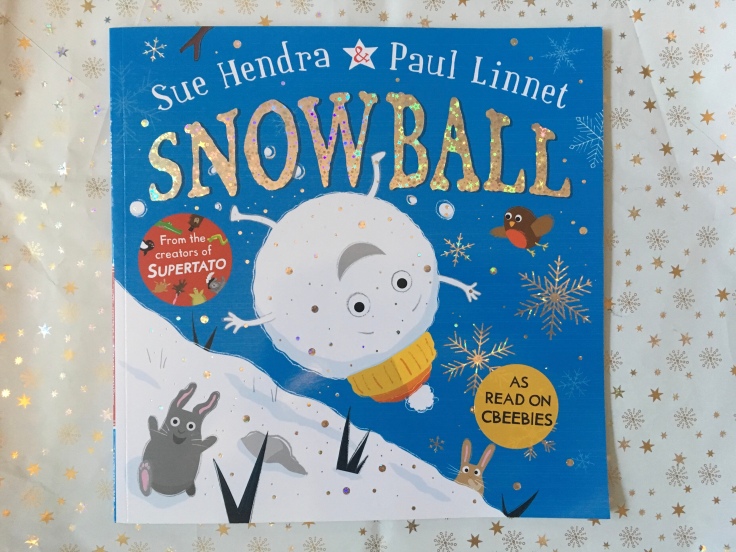 The drama quite literally snowballs in this hilarious wintery offering from the comic duo behind Supertato and Cake, with surreal scenes, tongue-twisting text and lots of laughs.

It all starts with a little snowball who takes a tumble and before he knows it, he’s picking up speed -along with twigs, a washing line, acrobats and even a zoo-full of animals. Will he ever be able to stop? Rush to the end of the book to find out! Available from Amazon

When a farmer falls asleep on Christmas Eve, he wakes to find his dream of snow has come true. But he needs to get his presents to his animals, so he pulls on his warmest clothes (which leave him looking suspiciously like Father Christmas…) and sets off through the white world to deliver them.

With flaps to explore, numbers to learn and Carle’s signature collage illustrations, this book is made for curious little fingers and minds. The sparkly final page is especially lovely. Available from Amazon

Read about why we love Eric Carle’s classic books

This beautiful book tells the story of that most Christmassy of birds, the robin. The hardy little creature sees the leaves starting to fall and wonders why his friends are making preparations for something scary called winter.

But when it arrives and the countryside is coated with snow, he realises what a magical season it is. A touching and gentle story that features wonderful animal illustrations and gorgeous collage effects. Available from Amazon

Books we love: A Pile of Leaves by Jason Fulford and Tamara Shopsin

The best children’s stories about witches

9 thoughts on “14 of the best snowy stories for children”