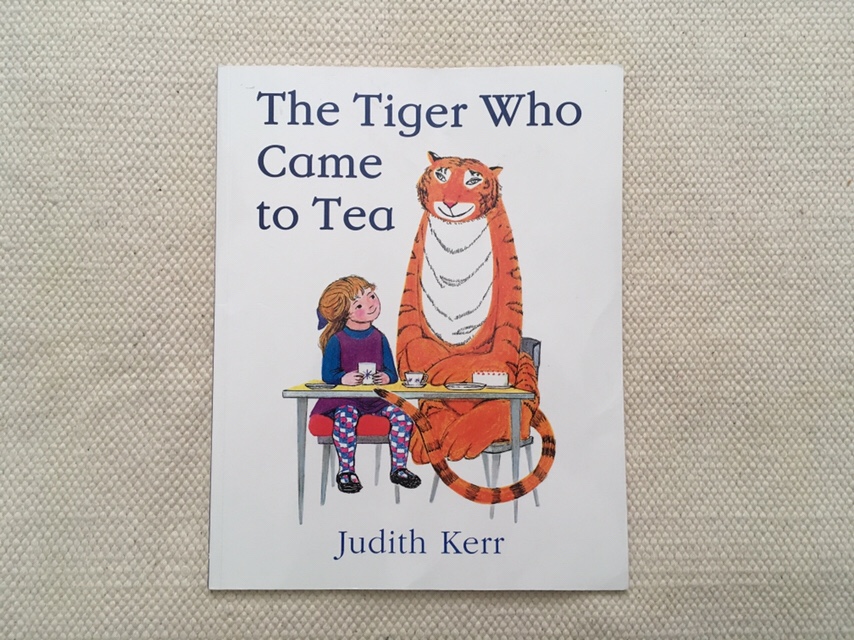 Should you ever need a simple way to explain the fundamentals of British etiquette to a person of another nationality, I think The Tiger Who Came To Tea could be it.

First off, a strange and deadly animal turns up at your front door asking to join you for dinner. Inside you are terrified that dinner will be you, not to mention a little freaked out that your uninvited guest can speak. But you’ve been socially conditioned to be polite and instinctively welcome him in, even though he has turned up empty-handed.

When the visitor proceeds to eat like the wild creature that he is, demanding seconds, thirds and fourths without even the pretence of doing a Mrs Doyle over the last bun, you smile through gritted teeth, rustling up more tea, beer and sandwiches while silently bemoaning his complete lack of manners.

Then despite breathing a sign of relief as he finally bids you farewell, you pop out to buy some tiger food just in case he ever stops by again because while he was rather inconvenient, he did say thank you before he left.

I’m mocking of course. Because this story is one no child’s bookshelf should be without and has rightly been a bestseller since its publication in 1968.

The unflappable nature of Mummy in the face of their visitor, the joy on Sophie’s face as she cuddles the tiger’s tail against her chin and the tiger’s big beaming grin are just a joy.

The Sixties fashions – from Mummy’s top bun to Daddy’s checked trousers and hat – are charming and the yellow formica dining table reminds me of the one my nan used to have. They don’t age the book – they enhance it.

I also love the contrast between the fantastical events at afternoon tea and the simple trip out to the cafe for a sausage and chips supper after the tiger has eaten Daddy’s dinner. To a child, going out past bedtime in your nightie for a chippie tea is as much an adventure as a tiger eating cake in your kitchen.

What’s quite amazing about this book is that it was Judith Kerr’s debut release. It was based on a story she would tell her children and the characters are based on herself and her daughter Tacy.

The artwork is just beautiful too, which Judith created in coloured pencil, inks and gouache.

Fifty years on from the book’s release, Judith has become one of our most beloved children’s authors and is still creating stories at the grand age of 94. Apparently her kitchen still has those iconic yellow and white kitchen cabinets immortalised in the illustrations.

Best of all, the tiger and his escapades continue to delight new little readers like Baby Bookworm, with the award-winning stage production still drawing big audiences after ten years on tour. The book has never been out of print and has been translated into many languages, with the Welsh version starring a little girl named Catrin.

Some people have suggested that the tiger represents a threat like the Gestaop turning up at the door. This is because Judith was born in Germany to Jewish parents, who fled in 1933 as the Nazis rose to power.

But the author maintains it is nothing to do with this. It was simply inspired by a tiger she saw at London Zoo with her three-year-old daughter and used it to transform an ordinary everyday scenario into an extraordinary one – and an extraordinary story.

The Tiger Who Came To Tea by Judith Kerr. £6.99 (paperback), HarperCollins Children’s

Mog The Forgetful Cat and 99 other stories with leading ladies

12 thoughts on “What we’re reading: The Tiger Who Came To Tea by Judith Kerr”