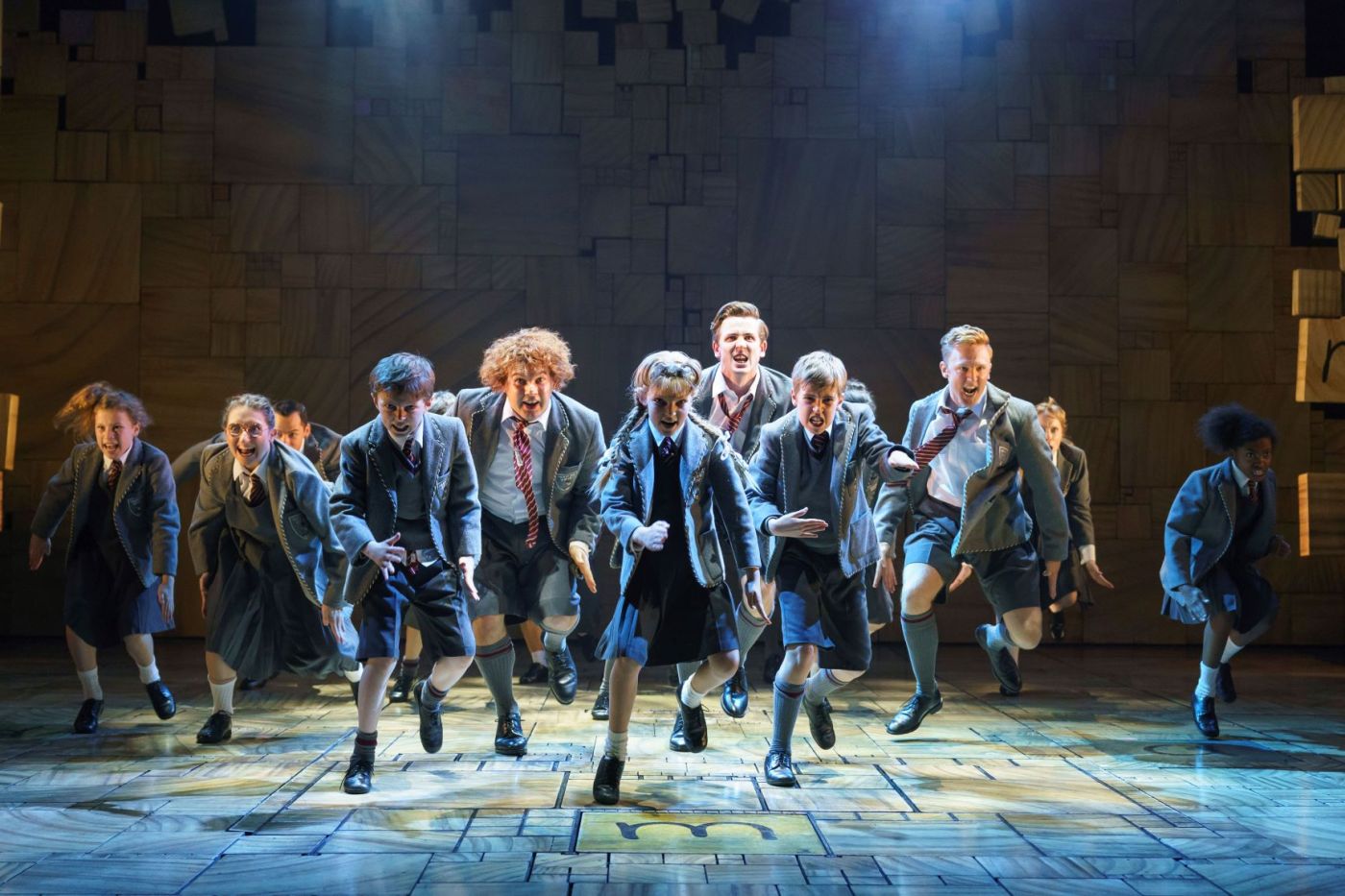 Adapting a classic book for the stage is risky business, especially when that story is one as adored as Matilda.

Roald Dahl’s dark but redemptive tale of a little girl with a magical mind is arguably his best and was one of my favourites growing up.

Thankfully much time and care was taken in making Matilda a musical. Seven years in fact, a fair bit longer than Dahl took to write the original book.

His estate tasked the Royal Shakespeare Company with the job, who in turn assembled the top team of playwright Dennis Kelly and satirical, piano-playing comedian Tim Minchin.

The pair managed to retain the spirit of Dahl’s original story and add an extra sprinkling of stardust to create a show that has garnered rave reviews since it premiered in late 2010, winning 85 awards to date (including a record-breaking seven Oliviers in one year) and transferring to Broadway.

Baby Bookworm’s dad took me to see the musical for my birthday treat about six years ago and I didn’t hesitate to say yes when I was invited to see it again by Puffin Books, as part of the Matilda 30 celebrations, even though it meant a logistically complicated and long day trip to London.

And luckily the show was even better than I remembered.

The set is deceptively complex, with a sea of books and letters spilling out from the stage into Cambridge Theatre to create almost a frame around the drama. If you have time, look at the words hidden within it – which give clues to what is to happen.

The songs are as you’d expect from Minchin – wordy, witty earworms, not shying away from Dahl’s tongue-twisters and with plenty of his own personality thrown in there.

I especially love When I Grow Up, where the children sing while swinging into the audience, swapping seamlessly as they go. The hopefully lyrics about being big enough to climb trees and fight the monsters under the bed really moved me for some reason, maybe because I can see the innocence of childhood again through Baby Bookworm.

In fact, there were many moments that seemed to have a renewed relevance since the last time I saw the production.

Opening number Miracle, where the children sing about their doting, photo-obsessed parents made me chuckle, while Mrs Wormwood’s solo number Loud was hilarious in the era of Trump. (“What you know matters less than the volume with which what you don’t know is expressed,” she sings. And “A little less brains, a lot more hair.”)

Then there is the cast!

Where do you start? The Wormwoods are as grotesquely hilarious as Dahl intended, with Rob Compton’s Mr Wormwood reminding me of a spiteful Mickey Pearce from Only Fools and Horses. Matilda’s mum (Holly Dale Spencer) is cleverly reinvented as a ballroom dancing obsessive with blonde Amy Winehouse-esque hair, which makes for extra laughs, especially thanks to her dance partner Rudolpho.

Miss Honey (Gina Beck) retains a dowdy sweetness that is essential to the character, while librarian Mrs Phelps (Malina Parris) has a new importance thanks to a clever device where Matilda gradually tells her a made-up story on her visits about an acrobat and an escapologist.

Only as the show goes on, we realise this tale is true – and it is about Miss Honey, her parents and her wicked aunt, Miss Trunchbull.

This ultimate Dahl baddie is always played by a man in the show and current incumbent Hayden Tee pulls off a magnificent mix of comedic pantomime villain and sinister psychopath. The twisted headteacher’s utterance of “You liked my cake, didn’t you Bruce?” has been a catchphrase Chez Bookworm since we first saw the show.

But special mention must go to the child cast, who sing, dance and act their little hearts out for the best part of two and a half hours.

There’s a rotating line-up and on our night, Francesca McKeown made for a serious but cheeky red-headed Matilda while Imogen Darwin was a cute ball of energy as her pal Lavender.

Special mention to Jacob Bland who played Bruce Bogtrotter. His camp dancing during Revolting Children and solo vocals mark him out as a little star of the future.

As we know, there is a happy ending to this story, albeit one that ends in child abandonment (as is the way with Dahl).

It really shouldn’t work but somehow it does and has all the elements of a great show – laughter, tears, spectacular performances, an amazing set and catchy songs.

When can I see it again?!

Find out more about the West End and touring shows, and buy tickets, at MatildaTheMusical.com

Check out the first Roald Dahl books for babies

4 thoughts on “Shows: Matilda the Musical at Cambridge Theatre, London”