There are some picture books that are so beautiful, you could hang them on a gallery wall.

The work of Oliver Jeffers falls into this category for me, which is perhaps not surprising, given that the Irish author and illustrator is also a respected fine artist and painter.

But while his work is highbrow, it is never inaccessible. All ages get something out of his tales that are at times touching, often hilarious and sometimes very surreal.

His 2004 debut How To Catch A Star was our first meeting with Jeffers’s character The Boy, who tries everything he can to get a star of his very own until one washes up on the beach in front of him.

This modern classic was followed up with three more tales – Lost and Found, The Way Back Home and Up and Down – where our hero was joined in his adventures by a rather serious and sensitive penguin (who has had a cameo in many of Oliver’s books) and a friendly martian.

All four books form a world that feels both everyday and magical, which I suppose is what childhood is like. As little ones play and learn, the real and imagined becomes jumbled together.

There’s also a vagueness to the stories and artwork which allows the readers to make their own mind up about what might be happening and where the characters might be.

Now in The Boy: His Stories and How They Came To Be, the tales are brought together in a special hardback collection, interspersed with 100 original sketches and notes from Oliver about his process of creating the final books.

If you love them, it’s fascinating to see how the characters and story arc were developed by the author, from things like colour palette to convey time of day to the starfish he found on the beach that inspired the punchline of the first book. 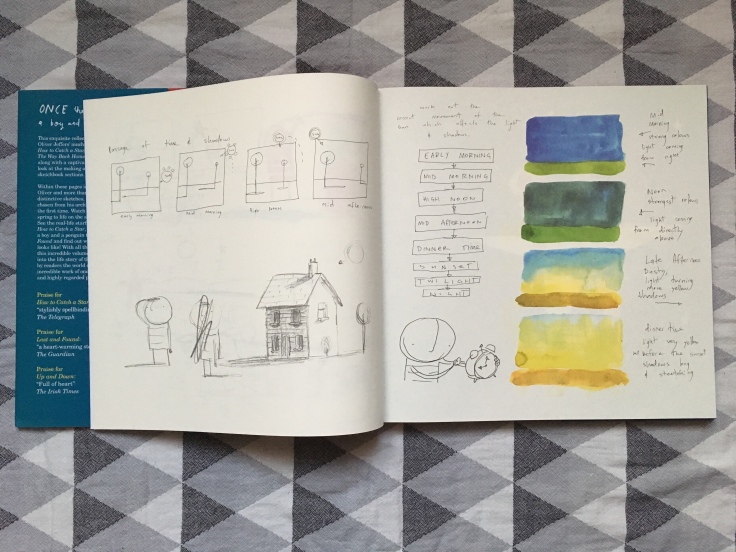 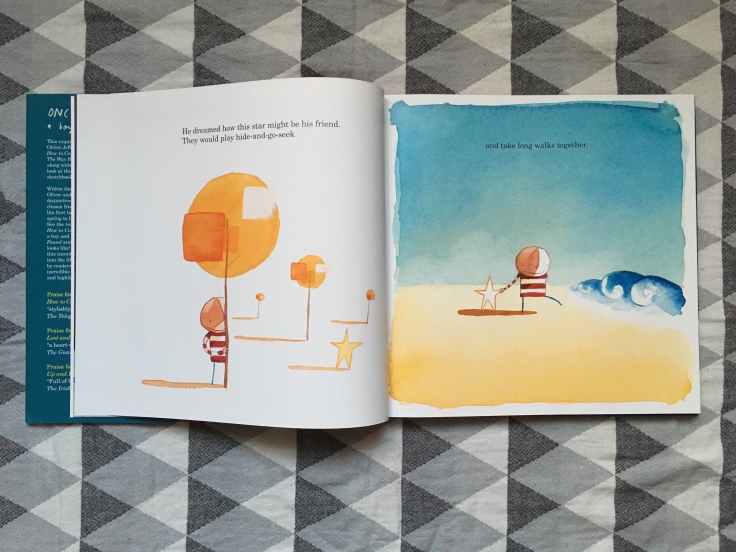 I especially enjoyed the letter from Oliver at the start, reflecting on the books and how they have changed his own life.

He says of creating the beautiful cover for this edition: “After I began painting the layers of watercolour, it felt like some old friends had come to visit.

“Memories came flooding back about the circumstances of making the books: the layouts, the light in my old studios in Belfast and then Brooklyn, the way I filled my days and the things I thought about.

“Each of my characters, to some degree or other, is an extension of myself, and it felt a little like greeting a younger version of me.”

I think that’s how all of us feel when we revisit a favourite book, isn’t it?

The Boy is not just a lovely gift for Oliver Jeffers fans but also for anyone who loves picture books and art.

And I’ll guarantee you’ll be a fan by the end of it.

The Boy: His Stories and How They Came To Be by Oliver Jeffers. £25 (hardback), HarperCollins Children’s

3 thoughts on “We love… The Boy by Oliver Jeffers”