They say laughter is the best medicine but funny books often don’t get the same recognition as their serious counterparts.

While children love to laugh, they can be a tough crowd, which makes it particularly impressive that author Jim Whalley has been shortlisted for the 2020 Lollies (or Laugh Out Loud Book Awards, to give them their proper name) for his debut picture book, Baby’s First Bank Heist. 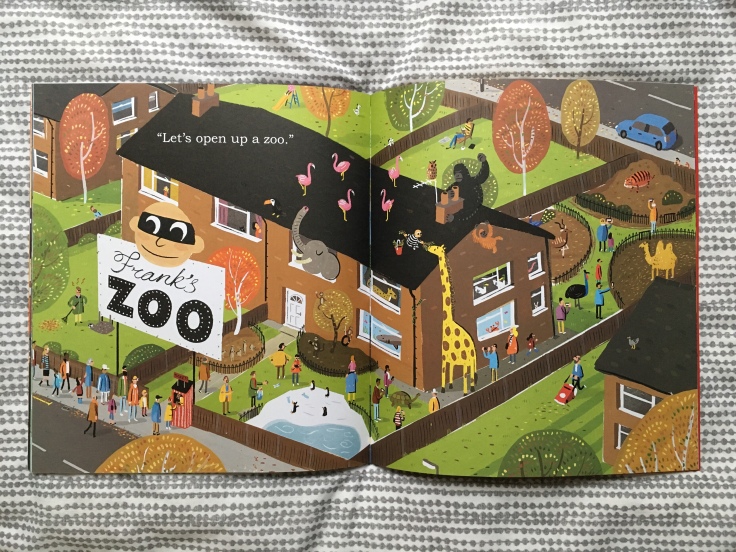 The comedic caper follows the wacky exploits of Baby Frank, who decides to rob a bank in order to buy the pet he longs for but his parents refuse to buy. When our mini mastermind ends up being rumbled by a rhino, he avoids jail time by turning his house into a zoo.

Dad-of-two Jim has a PhD in film studies and was an academic until the pull of writing his own stories was too strong. From the reaction his work has received, it was clearly a wise move.

To celebrate his Lollies nomination, he spoke to Jim about what inspired this amusing tale, his favourite funny books and the best joke he knows… 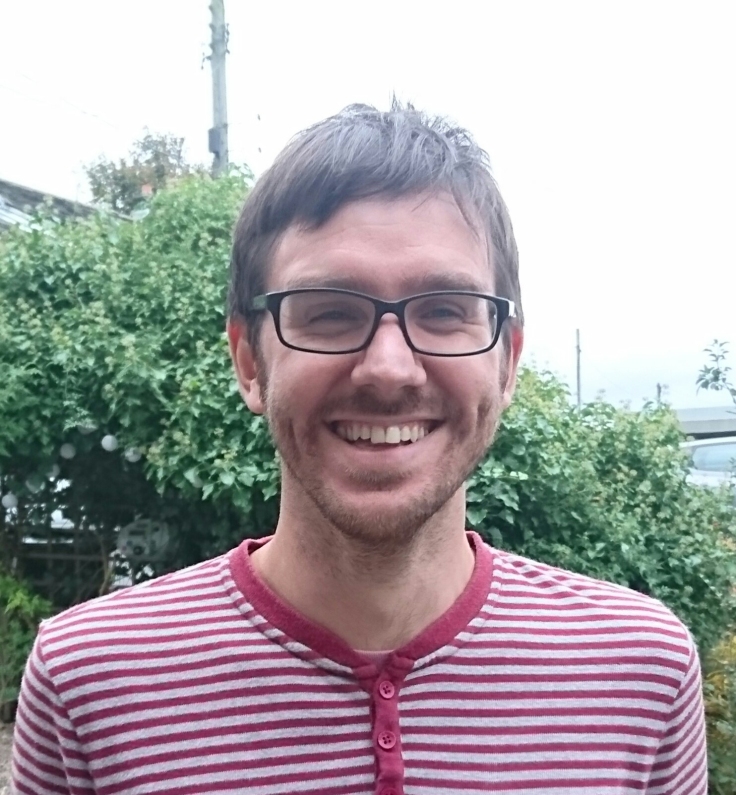 Tell us how you got into writing children’s books?

It started when my son was two and he pretended to feed a conker to a toy penguin.  I ended up writing a story called ‘The Penguin Who Eats Conkers’ (one of many likely to remain unpublished works), and that set me off wanting to write more.

Where did you get the idea for Baby’s First Bank Heist?

It was all Stephen Collins’ fault for naming his first son Frank.  It gave me the idea that baby Frank could rob a bank.  A mere four years later it was a book.

Who do you test your ideas out on, if anyone?

My wife, Kathryn, and our kids, Fletcher and Charlie, get to hear all my stories again and again.  Kathryn is great at spotting what works and where the problems are.  The kids are sick of the whole laborious process.

What was your favourite funny book growing up?

I absolutely loved the Ha Ha Bonk Book by Janet and Allan Ahlberg.  It’s a joke book where tiny cartoon characters travel through the pages commenting on the jokes.

And is there a funny book you like reading to your children?

There are loads, but two that stand out are Smelly Bill (and its sequels) by Daniel Postgate, and How Tom Beat Captain Najork and His Hired Sportsmen, written by Russell Hoban and illustrated by Quentin Blake.

Is there another children’s author who has inspired your career?

Jeanne Willis is the best at funny couplets, especially with The Monster Bed, illustrated by Susan Varley.

The illustrations by Stephen Collins really bring the humour of your words to life – how did you collaborate on the artwork?

I’ve known Steve since university, so it’s been nice that all the way through the writing and drawing of the book we’ve been able to give each other suggestions. That being said, I cannot draw.  At all.  And I have no idea how Steve does what he does.  For me to write a couple of sentences and then see them brought to life as these fantastically detailed, stylish, joke-filled illustrations is little short of magical.

What is the secret of making children laugh?

I wish I knew.  But based on the reaction to Bank Heist, it must involve animals and breaking rules.

Your second book, Baby’s First Jailbreak, follows on nicely from the first. Were they written or planned at the same time?

When we were sending Bank Heist to publishers, the question of what Baby Frank could do next kept popping up.  The Jailbreak idea with the rival zoo just seemed like a natural continuation.  It was fairly straightforward to write but, it turns out, a complete nightmare to draw.  Part of my collaboration with Steve on the third book (Baby’s First Train Robbery) was promising not to include any more queues.

Finally, what is your favourite joke?

Why aren’t there any headache pills in the jungle? Because the Parrots ate ‘em all.

See the full shortlist and vote for Baby’s First Bank Heist by Jim Whalley and Stephen Collins in the Lollies 2020 . The book is available to buy from Amazon, priced £6.99 (paperback).

10 of the best books about babies

Why we can’t stop laughing at the Oi! series of books

What we’re reading: I Really Want The Cake by Simon Philip and Lucia Gaggiotti